130,000 Veterans Entitled to Refunds Associated with Disability Severance Pay:  Are You One of them?

By Dana Goldstein and Kimberly Adams

Prior to 2016, the Defense Finance and Accounting Service issued Disability Severance Pay to Veterans but incorrectly treated these payments as taxable income.   Disability Severance Pay was issued as a lump sum payment to Veterans with a medical disability caused by an combat related injury (defined as a personal injury or sickness which is incurred "as a direct result of armed conflict OR while engaged in extra-hazardous service OR under conditions simulating war OR which is caused by an instrumentality of war") rated at less than 30 percent but who were still found unable to serve.

In 2016, laws passed which clearly stated that these lump sum payments of disability severance pay should never have been taxed.  The Department of Defense no longer had good addresses for veterans who received these payments prior to 2016 and the Department of Defense collaborated with the Internal Revenue Service to send notices to the most recent known address of veterans who historically received this benefit.

Letters were sent to eligible veterans from the Department of Defense between beginning and middle of July 2018. The government believes there are over 130,000 veterans who are eligible to receive this refund however, few veterans have claimed these refunds.  The Community Legal Aid Veterans Legal team and Low Income Taxpayer Clinic is reaching out to assist Central Northeast Ohio veterans who might have received a one-time lump sum disability severance payment prior to 2016 and never filed for their refund. 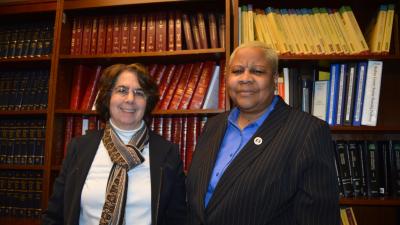