On Thursday, March 31, over 200 attorneys, law enforcement officials, and victim advocates from across Ohio attended Community Legal Aid's training, "Helping Sexual Assault and Human Trafficking Victims: Holding their Abusers Accountable."  The training was held at the Kilcawley Center at Youngstown State University and discussed the unique challenges that the state of Ohio faces in the prevention and prosecution of sex crimes, especially among immigrant populations.  The all day event featured presentations from Leslye Orloff, Brent L. Currence, Bertina M. King, and Angela Walls-Alexander.

Leslye Orloff, keynote speaker, is an adjunct professor at American University's Washington College of Law and the Director of the National Immigrant Women's Advocacy Project (NIWAP).  She is nationally renowned for her work on immigration, especially as an expert on policies that protect immigrant victims. Her legislative experience includes the drafting of the Protection for Immigrant Victims of Violence Against Women of Violence Against Women Act in 1994, 2000, and 2005 and the Trafficking Victims Protection Act of 2000 and 2008.  Ms. Orloff's presentation focused on access to services and safety planning for immigrant victims, how to deal with threats of deportation from abusive spouses, and what protections are available from the Department of Homeland Security.

Brent L. Currence is the Manager of the Missing Persons Unit of the Ohio Attorney General's Bureau of Criminal Investigation.  Mr. Currence invesitgates human trafficking rackets throughout the state of Ohio and is an expert on the tactics used by those organizations.  Mr. Currence's presentation described the warning signs of abuse, how to prevent sex crimes, and that factors that make certain individuals vulnerable to exploitation.

Bertina M. King is a Akron Police Detective for the Crimes Against Persons Unit.  She has served in the APD for over 20 years.  Angela Walls-Alexander is an Assistant Prosecuting Attorney in Stark County, where she specializes in Domestic Violence Prosecution.  Their presentations focused on the investigation and prosecution of sex crimes, including what recourse is available to victims and what evidence is necessary to hold abusers accountable.

Photos from the event. 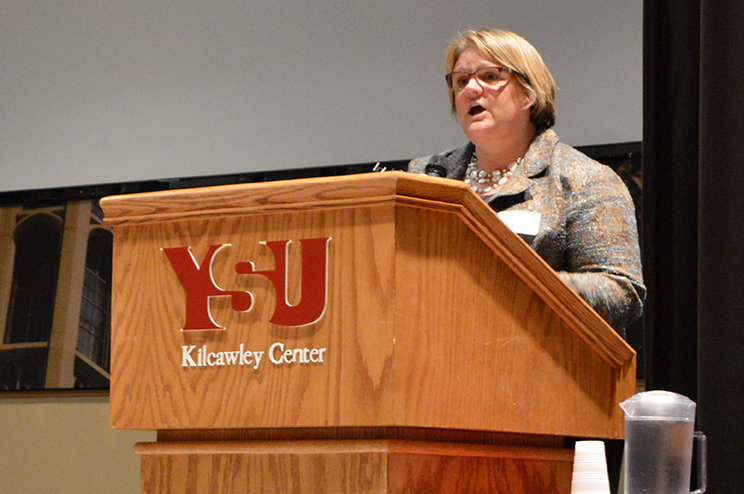 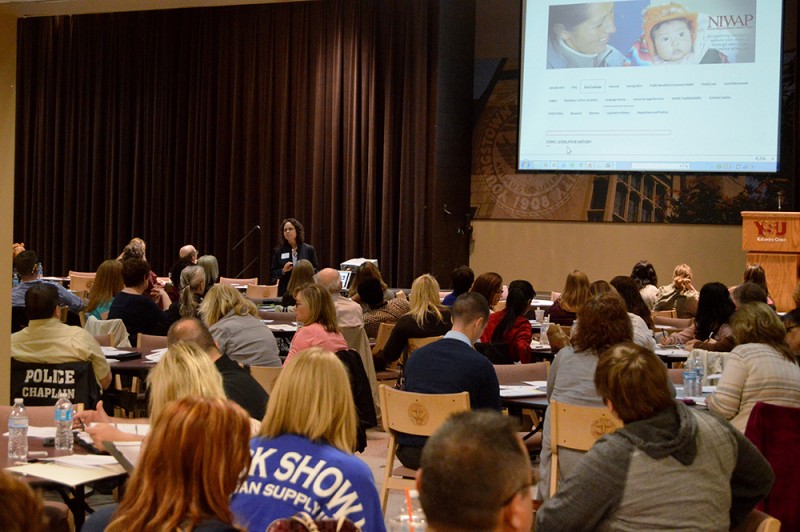 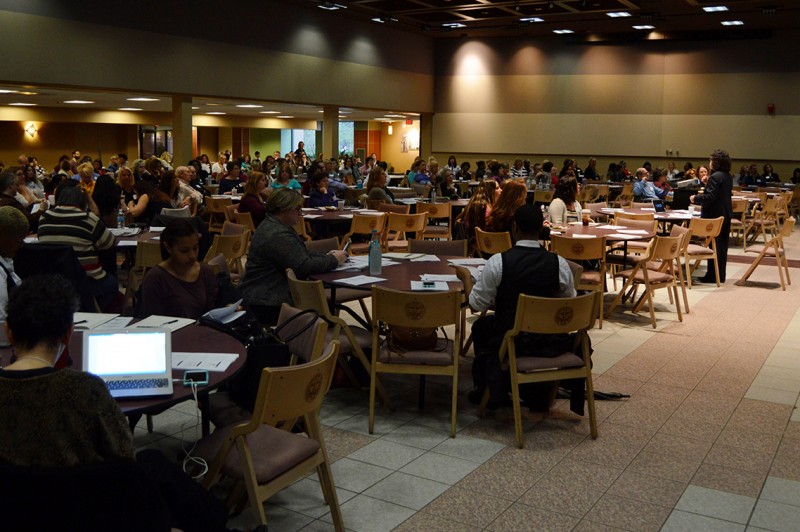 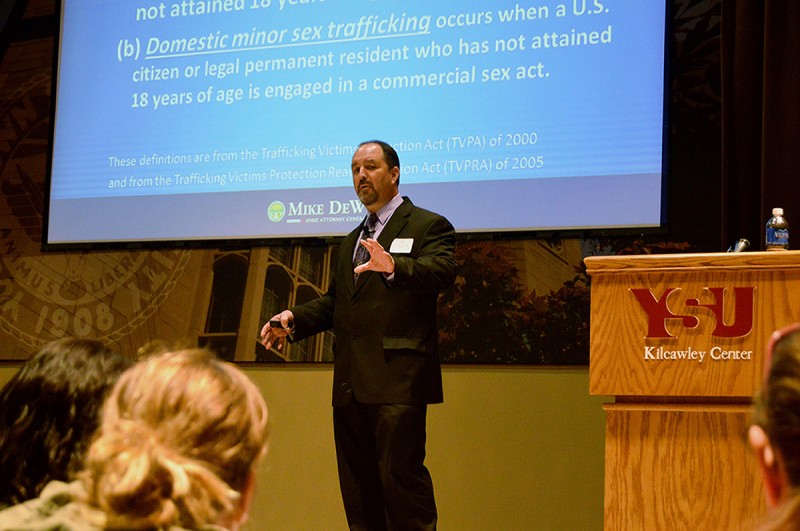 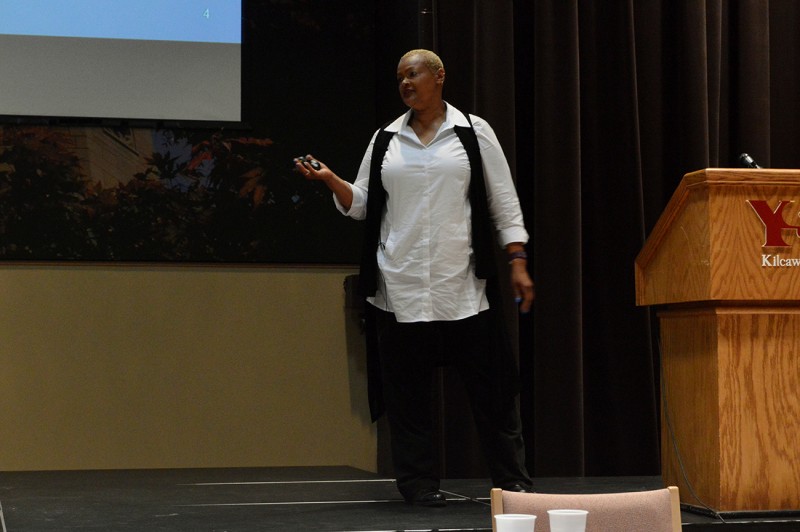 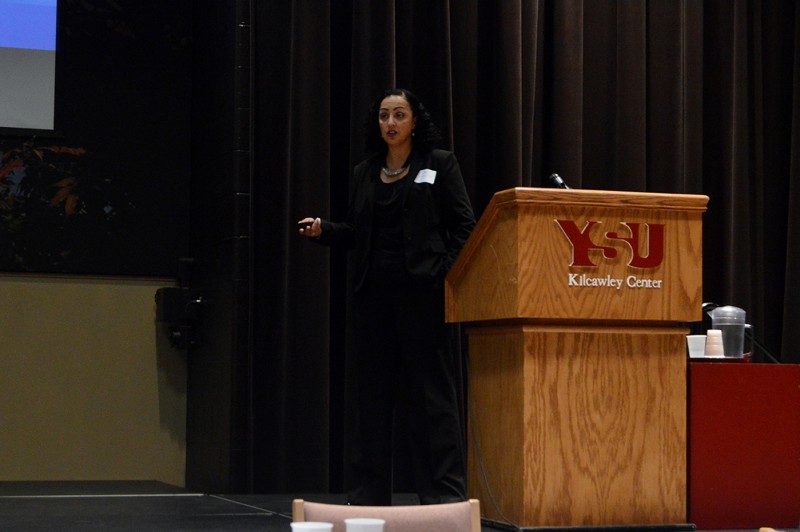 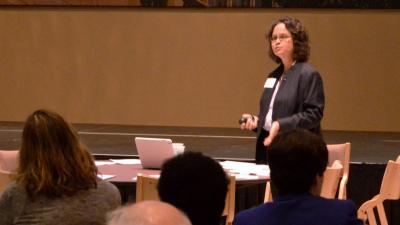