When getting more means some get less

Every year, Social Security increases recipients’ monthly checks by a certain percentage to keep up with inflation. This year, the Cost of Living Adjustment (COLA) will be at its highest level in 40 years at 8.7%. This increase is great news for most Social Security recipients, especially as prices continue to rise.

However, for some recipients this raise in benefits may do more harm than good, decreasing their overall spending power by causing them to lose other benefits they currently qualify for.

Let’s focus on one key benefit that many seniors and disabled individuals need - healthcare. Medicare provides lifesaving medical care for America’s seniors and disabled people. But, as any beneficiary can tell you, Medicare is not cheap. Even fully insured recipients have to pay a premium for their Part B coverage (“medical insurance”), which in 2023 will be $164.90 a month. The minority of seniors who have not paid enough into the Medicare system also have to pay a premium for Part A (“hospital insurance”). These premiums take a substantial amount out of low-income seniors’ monthly Social Security check, which is often all they have to live on.

Recipients with very low income may qualify for Medicare Savings Programs (MSPs) to cover their Medicare premiums and medical costs. These programs, which tend to be underutilized, are not well known, publicized or understood.

Medicare beneficiaries with incomes at or below 90% of the federal poverty level  ($1,019.25 monthly in 2022) receive the most assistance because they are dually eligible to receive Medicaid and Medicare. This means Medicaid covers all of their Medicare expenses, including premiums, co-pays, deductibles, and long-term care, including nursing home care, which Medicare does not cover.

Medicare beneficiaries at or below 100% of the federal poverty level ($1132.50 per month in 2022) are eligible for a program called Qualified Medicare Beneficiary, or QMB. QMB covers recipients’ Part A and B premiums, co-pays, and deductibles, but it does not cover long-term care.

Finally, seniors at or below 120% of the federal poverty level ($1359 per month in 2022) are eligible for the Specified Low-Income Medicare Beneficiary program, or SLMB. SLMB only pays Part B premiums, but SLMB program participants are still responsible for any Part A premium they may have, as well as copays and deductibles. (There is also the Qualified Individual (QI) program, which is similar to the SMLB, and available to Medicare beneficiaries up to 135% of the federal poverty level. But, unlike the other programs, it is not an entitlement.  It has a limited number of recipients, and is first come, first served. If all the QI spots are used up, no assistance is available.)

A major problem with these programs is that they are all-or-nothing. You either monetarily qualify or not. Even $1.00 can tip the balance and make one ineligible for help. So that additional COLA money intended to help our senior and disabled population deal with the rising costs may, in reality, cause them to go over the income threshold for their MSP.

Here is an example of how this plays out. The federal poverty level for 2022 for a household of one is $1132.50. A Medicare recipient receiving $1358 per month ($1 less than 120% of the federal poverty level) would be eligible for SLMB, and pay no Medicare Part B premium. A Medicare recipient receiving $1360 per month ($1 more than 120%) is not eligible for SLMB, and therefore must pay a Part B premium, which was $170.10 in 2022. Therefore, by receiving a mere $2 more in Social Security benefits, the second person will actually walk away with a check for $168.10 less than the first person.

Let’s explore this further by looking at four hypothetical seniors, Mark, Sue, Bob, and Ann - all 72 years old and living alone. Their only income is social security. For this scenario we will look at benefits for 2020 and 2021, rather than 2022 and 2023, because the 2023 federal poverty level is not yet known.

In 2020, Mark received $945 a month, putting him below 90% of the federal poverty level, so he got Medicaid as well as Medicare. Sue received $955 a month, putting her just under 90% of the poverty level. She therefore also received Medicaid as well as Medicare. As a result, Mark and Sue paid no premiums, copays, or deductibles, and were eligible for long-term care.

Bob received $1061, which put him under 100% of that year’s federal poverty level, so he was eligible for the QMB. Bob paid no premiums, copays or deductibles.

Ann’s monthly check was for $1275, which was over 100% but under 120%, so she was eligible for SLMB. Ann had to pay copays and deductibles, but did not have to pay Part B premiums. All four of them received their full Social Security check without any Medicare premium deductions.

In 2021 there was a 1.3% COLA, but the federal poverty level only increased by 0.94%. The COLA increased Sue’s Social Security benefit to $967. Unfortunately, this was above 90% of the new federal poverty level, and therefore kicked her off Medicaid. While she could now receive QMB, she no longer had coverage for long-term care.

Meanwhile, Bob’s COLA brought his monthly benefit to $1074, putting him just over 100% of the new federal poverty level. As a result, he no longer qualifies for QMB, and can only get SLMB. If he isn’t fully insured, that means he now has to pay a premium for Part A. Even if he is fully insured, while SLMB will cover his Part B premium, he has lost the protection from copays and deductibles on his Medicare coverage. In exchange for an additional $13 in his monthly check, he now has to pay a 20% co-insurance for every trip to the doctor and most likely a deductible, which can add up to a lot more than $13 a month very quickly.

Ann’s benefit amount increased to $1291, or an increase of $16. But the amount in her actual check decreased to $1,142.50 a decrease of $132.50. This is because the COLA put her benefit amount above 120% of poverty, so she lost access to SLMB. Without SLMB, she became responsible for paying the Part B premium for her Medicare ($148.50 in 2021), and the premium amount, which is substantially more than her COLA raise, which is now being deducted from her monthly check. While she could still qualify for QI, that program is first come, first serve, and she didn’t apply soon enough.

Many of the benefits universally given to Americans don’t quite reach the poor in the same way they do those who are better-off. But in the case of the COLA and healthcare costs, that “raise” can do significant harm to low-income Americans, leaving them worse off than they were before.

So how can we do more good and less harm to our senior and disabled communities?

Another option is to increase the eligible thresholds for the Medicare Savings Programs.  For example, allow everyone under 150% of the poverty level to be eligible for QMB.

While this article deals directly with the impact of COLA on recipients of MSP benefits, it’s important to note that the COLA will have an impact on other forms of benefits such as SNAP or housing assistance.  In years where the COLA outpaces the increase in the federal poverty level, its increase will reduce the amount of assistance received by other programs and sometimes, it is more than the increase in their monthly social security check - leaving them without the real benefit of COLA and no way to get ahead. 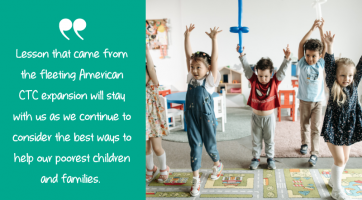