This week, several members of our team had the opportunity to visit our state capitol and meet with members of the Ohio General Assembly and their staff. We thanked our elected representatives for their support of legal services throughout the state, and shared with them the impact that support has in their districts.

It was an important chance for our legislatures to hear our client's, their constituent’s stories, and understand how our advocates can help. It gave them the information they need to help shape the future and serve their district.

In an era where it seems like people on opposite sides of the political spectrum can’t agree on anything, we sat with both Democrats and Republicans who were engaged in discussions of how to help Ohioans secure their rights.

And by the time we left Columbus that evening, our team already had multiple voicemails and emails from residents throughout central northeast Ohio who were facing legal crises, referrals from the very policy makers we had sat with earlier in the day.

The whole day reaffirmed for me what 25 years in this field have taught me time and again -- that access to legal help, access to the justice system, is not a political issue.

Our Constitution states early and up-front the importance of justice. The preamble lists “establish justice” as one of the key goals of the Constitution.

James Madison wrote in the Federalist Papers, in defense of the Constitution when our founders were trying to get it ratified, that “justice is the end of government. It is the end of civil society. It ever has been and ever will be pursued until it be obtained, or until liberty be lost in the pursuit.”

And the U.S. Supreme Courthouse has etched across the top of it, the words “equal justice under law.”

Now, the Constitution (and its framers) certainly had its flaws when it came to how to equitably apply the law. But the goals of our justice system and the values espoused in establishing it were aspirational. It’s given us all a framework to work within, while trying “to establish a more perfect union” each and every day.

And that is -- or should be -- the concern of every American.

When we in the legal field throw around the phrase “access to justice,” it may sound like a jargon-y phrase that describes some abstract or hypothetical construct that doesn’t have any real meaning in everyday life.

This couldn’t be further from the truth.

“Access to justice” is a victim of domestic violence knowing how to avail themselves of the laws that can protect them -- and then having access to the advocates and legal experts they need to do that.

“Access to justice” is a victim of identity theft being able to cut through bureaucratic red tape and reinstate their public benefits that were shut off as a result of fraud -- a complicated process that often requires a legal expert versed in public benefits laws and processes to do.

“Access to justice” is a veteran fighting wrongful denials of benefits because of poorly kept records that didn’t log their military service during injury -- a legal fight that often takes an advocate to win.

And yes, “access to justice” is a tenant and a landlord each having the chance to present their case in eviction court -- a near impossibility when one side has legal representation and the other does not.

Denied justice looks like this: 131 victims of domestic violence dead in Ohio in 2021; thousands of Ohio victims of identity theft during the pandemic had their public benefits wrongfully reduced or denied; countless veterans have their benefits wrongfully denied every year; and more than 3,000 renters fought evictions last year in Summit County alone.

While most of us can see the anecdotal evidence of denied justice all around us, the actual data reveals just how serious the problem is. The Legal Services Corporation’s recently released Justice Gap Report found that low-income Americans did not receive any or enough legal help for 92% of their civil legal problems.

Access to our justice system is not political, because it affects everybody. If you’re being evicted, or sued, or are afraid for your life, the person on the other side doesn’t care if you’re a Democrat or a Republican. And neither do our courts.

Access to justice is not a political issue. It’s a core value of what it means to be an American. And as Mr. Madison described, it is central to democracy.

This is what the great leaders throughout our country’s history knew -- not just our founders, but those who have taken up the torch to continue defining what it means to be “a more perfect union.” Civil rights leaders. Suffragists. Writers, educators, and legislators who have influenced our country’s trajectory toward equity and justice.

Access to justice is our right as Americans. It is also our responsibility, to ensure equity, fairness, and justice for each of our neighbors -- no matter which ballot they pull on election day. 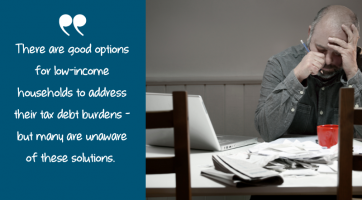